I. The Elder Justice Act

IV. DOJ, ABA & APA ELDER ABUSE RESOURCES, LAWS & GUIDES
1) //bja.ojp.gov/…/Publications/ABA-ElderAbuseGuide.pdf
2) //www.apa.org/…/capacity-psychologist-handbook.pdf
3) //www.apa.org/…/reso…/guides/judges-diminished.pdf
4) //www.apa.org/…/guides/diminished-capacity.pdf
5) //www.justice.gov/elderjustice/file/886971/download
6) //eagle.usc.edu/state-specific-laws/
V. Legal Standards of Undue Influence
//bernatzexperts.com/…/files/pdfs/SCAM_Model_0.pdf
The Restatement of Contracts, an authoritative secondary legal source, defines undue influence as follows:
Undue influence is unfair persuasion of a party who is under the domination of the person exercising the persuasion or who by virtue of the relation between them is justified in assuming that that person will not act in a manner inconsistent with his welfare (“Restatement (Second) of Contracts,” 1981).
The doctrine is akin to doctrines of fraud and duress and may be alleged in legal
transactions, such as executing a will, entering a contract, or conveying property to another, as well as cases of financial abuse, sexual abuse, and even homicide. Other definitions stress the psychological component of undue influence, the intentional and improper use of power or trust in a way that deprives a person of free will and substitutes another’s objective.

Restatement of Contracts – Second
The Restatement of the Law of Contracts is a legal treatise from the second series of the Restatements of the Law, and seeks to inform judges and lawyers about general principles of contract common law. It is one of the best-recognized and frequently cited legal treatises in all of American jurisprudence. Every first-year law student in the United States is exposed to it, and it is a frequently cited non-binding authority in all of U.S. common law in the areas of contracts and commercial transactions. It is a work without peer in terms of overall influence and recognition among the bar and bench, with the possible exception of the Restatement of Torts. The American Law Institute began work on the second edition in 1962 and completed it in 1979; the version in use at present has a copyright year of 1981. For an explanation of the purpose of a restatement of law, see Restatement of the Law.

REPORT TO THE SPECIAL RAPPORTEUR ON TORTURE, UNITED NATIONS ADULT GUARDIANSHIP AS A FORM OF TORTURE IN THE UNITED STATES.

HuffPost: Is Elder Guardianship A New Form Of Human Trafficking?
//www.huffpost.com/entry/is-elder-guardianship-a-n_b_11970144
“…. the victims are seniors. The partners in crime are financial predators and agents of the Elder Guardianship system — attorneys, professional guardians, medical experts, and others who are paid out of the senior’s assets. There are some good judges but many are overworked and some are actively aiding the exploitation. Anyone can file to deem you incapacitated. The entire process from filing an incapacity petition to plenary guardianship where all rights are removed can happen within days. Yet, once you’re caught in the web, it’s almost impossible to break free… AND you are forced to pay your abusers in the process.​”
When Guardianship becomes Human Trafficking.
//drrichswier.com/…/guardianship-becomes-human…/
Human Trafficking: Hunting the elderly, children and disabled for profit in America.
//ppjg.me/…/human-trafficking-hunting-the…/

Like all people, the elderly have certain rights and privileges that are outlined by United States legislation. For example, elderly rights prohibit an individual from subjecting an elder to Hundreds of thousands of elders are subjected to elderly abuse every year. Elder abuse law violations include offensive behavior such as beating, taunting, threatening, molesting, or exploiting an elder.

Elder abuse law has designated elderly rights transgressions to be criminal and illicit activity, punishable by hefty fines or imprisonment. The Older Americans Act is an elder abuse law that seeks to provide federal funding to research and projects related to aging, and is specifically focused on developing and improving social services and community planning for elders.

The Vulnerable Elder Rights Protection Program is another elderly abuse law effected to increase awareness about the prevalence of elder abuse and advocate for elderly rights. The Program also conducts federal funding to states, in order to encourage them to develop services dedicated to assisting elders. This legislation that seeks to maintain elderly rights is similar to the child abuse laws that prohibit individuals from subjecting children to physical harm or emotional damage.

In order to help ensure elderly rights are maintained, judicial officials often punish elderly abuse harshly. The punishment assessed for elder abuse varies a great deal from one state to another. Because each state maintains the ability to establish its own laws, one state government may exact a relatively benign punishment upon an individual convicted of elder abuse, while other states may impose a much more severe sentence upon the offender.

In some states, elder abuse law perceives the maltreatment of an elderly individual as a misdemeanor, while other states punish this behavior as a felony. Depending upon the severity of the charge that is imposed, an offender may be required to spend numerous years in prison as punishment for his/her behavior.

Individuals maintain fundamental rights regardless of their age. Violating these rights is a breach of the United States Constitution and federal legislation, and if caught, a perpetrator will face certain legal consequences. 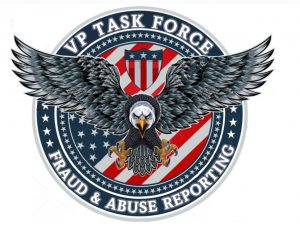