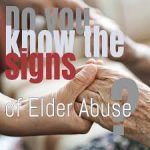 The same Judge has biased council from aligned self-serving professionals, all whom have mutual interests to keep the cash-cow victim and their property under their authority in Guardianships and/or Conservatorships. This is a substantial and illicit conflict-of-interest—opposite of the Wards best interest. When those acting as officers for the court; lawyers, guardian ad litems, social workers/court visitors, evaluating clinicians & physicians work in-concert to conceal documents, evidence of abuse, exploitation & negligence — this essentially sabotages the machinery of justice; due process, amounts to perjury and each by definition, is a type of fraud upon the court.

OC Register: Money-draining probate system ‘like a plague on our senior citizens’

“…. often there is a little buddy-buddy system going on, sometimes a judge has friends who are attorneys,” said Thomas Coleman, a Palm Springs lawyer who specializes in representing the disabled.

The municipal court’s crony-aligned network of professionals all receiving hundreds of dollars in hourly fees from the same vulnerable person’s estate (most often disabled elderly women).

BuzzFeed Article excerpt: In local courts across the country — often woefully unfit for the sweeping power they command — guardians, lawyers, and expert witnesses appear frequently before the same judges in an established network of overlapping financial and professional interests. They are often paid from the estate of the person whose freedom is on the line, creating powerful incentives to form guardianships and keep them in place.

“The judge knows the lawyers, the lawyers know each other,” said J. Ronald Denman, a former state prosecutor and Florida lawyer who has contested dozens of guardianships over the past decade. “The amount of abuse is crazy. You’re going against a rigged system.”

Idaho Probate Attorney has own brother disinherited while working on another case where 4 siblings, including a disabled child is disinherited.

2. Undue influence has been defined as domination by the guilty party over the testator to such an extent that his free agency is destroyed and the will of another person substituted for that of the testator. In re Eggan’s Estate, 86 Idaho 328, 386 P.2d 563(1963); In re Lunders’ Estate, supra.

3. Although conclusive rights should not be given it, the fact that the testator having the capacity and ability to do so failed for a substantial period of time to change or revoke a will alleged to be the product of undue influence, negatives the claim of undue influence.” 94 C.J.S. Wills § 261, p.1143. With respect to a will which also continued unchanged for two years prior to the testator’s death, calling it strong evidence that he was not coerced into making it, but that it was entirely satisfactory to him when made and that satisfaction continued until his death.”Laberee v. Laberee, 112 Or. 44, 53, 227 P. 460, 462, 228 P. 686; In re McCaslin’s Estate (1960) 222 Or.599, 352 P.2d 1111.

4. If, prior to executing his last will, a testator shows a continuity of purpose running through his former wills and codicils which indicates a settled intent or consistent state of mind on his part as to manner of distributing his estate, such fact may be considered in determining whether he is in possession of a disposing mind, that is, had testamentary capacity and was free from undue influence in making his last will.” In re Nelson’s Estate, 72 Wyo. 444,266 P.2d 238 (1954); In re Hart’s Estate, 107 Cal.App.2d 60, 67, 236 P.2d 884, 889.

7. Undue influence is any means employed upon and with testator which under circumstances and conditions by which testator was surrounded, he could not well resist, and which controls his volition and induced him to do what otherwise would not have been done. In re Eggan’s Estate, 86 Idaho 328, 386 P.2d 563.

8. Influence arising from gratitude, affection or esteem is not undue, nor can it become such unless it destroys the free agency of the testator at the time the instrument is executed and shows that the disposition therein results from fraud, imposition and restraint of the person whose superior will prompts the execution of the testament in the particular manner which the testator adopted. In re Estate of Hill, 198 Or. 307, 335, 256 P.2d 735, 747; In re McCaslin’s Estate, 222 Or. 599, 352 P.2d 1111.

9. Influence gained by kindness and affection will not be regarded as undue if no imposition or fraud be practiced, even though it induced Testator to make unequal disposition of his property in favor of those who contributed to his comfort. In re Reddaway’s Estate, 214 Or. 410, 329 P.2d 886.

11. Mere existence of a confidential relationship to testator does not in itself establish undue influence. To set aside a will on the ground of undue influence there must be shown influence used directly to procure will, amounting to coercion destroying free agency on part of testator.In re Eggan’s Estate, 86 Idaho 328, 386 P.2d 563.

13. The declarations of a testator made after the execution of a will showing his dissatisfaction therewith and his intention to execute a new will are not admissible to show that said will was executed under duress or undue influence. Gwin v. Gwin, 5 Idaho 271, 48 P. 295.

14. The general rule established by the overwhelming weight of authority is that declarations of the testator not made contemporaneously with the execution of the will, or so near thereto as to constitute a part of the res gestae, are not competent as direct or substantive evidence of the truth of the matters stated when offered on the issue of undue influence inducing the execution of the will. In re Estate of Wayne, 134 Or. 464, 291 P. 356, 294 P. 590,79 A.L.R. 1427; 148 A.L.R.1225.

15. A confidential relation exists between two persons, whether their relations be such as are technically fiduciary or merely informal, whenever one trusts in or relies on another. The question is whether or not trust was reposed. Sewell v. Ladd, (Mo.App. 1942) 158 S.W.2d 752,756.16. The existence of a confidential relation is purely a question of fact. Ringer v. Finrock, (Pa. 1941) 17 A.2d 348, 350.